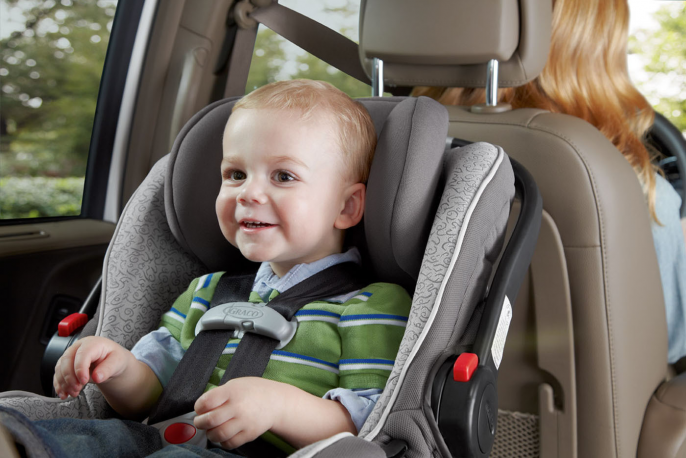 Clearer guidance on car seats is needed as many people are unaware that it is safer for children up until the age of four to be placed in rear-facing car seats, claims a new study.

Original Post: Motor sales company motors.co.uk is calling for the Government, retailers and manufacturers to take more responsibility in educating parents on children’s car seats after a survey of 1,000 UK parents revealed that seven out of ten are unfamiliar with the safety benefits of rear-facing car seats.

According to motors.co.uk, previous research has shown that rear-facing car seats reduce serious injuries in children by 92 per cent, while forward-facing car seats only reduce injury by 60 per cent.

However, in the United States and Nordic countries, such as Norway and Sweden, parents are advised to keep their children in rear-facing car seats up until they are 16-25kg in weight, around four-years-old.

When asked if they would consider buying a rear-facing car seat if they were readily available, more than half of parents surveyed said they would.

The authors of the report are now urging manufacturers and retailers to increase the number of rear-facing car seats (Group 1 models) available in the UK.

Julian Preston-Powers, a neuroprotective specialist at the University of Sussex, said, ‘Biologically speaking, when a child is forward-facing and a frontal collision occurs the child is flung forward in the seat, being caught by the harness. This puts stress on the neck, the spine, and the internal organs, also entirely exposing the neck when the head is catapulted forward.

‘Retailers, car seat manufacturers and the Government have a collective responsibility to ensure that children are as safe as possible.

‘The evidence is overwhelming to suggest that having your child in a rearward facing car seat until the age of four is the safest way to do this, and the current lack of availability and information on Group 1 rear-facing car seats in the UK is appalling.’

A petition to the House of Commons calling for the Department for Transport to make rear-facing car seats for children up to a minimum of age four statutory has also been created by road-safety experts.