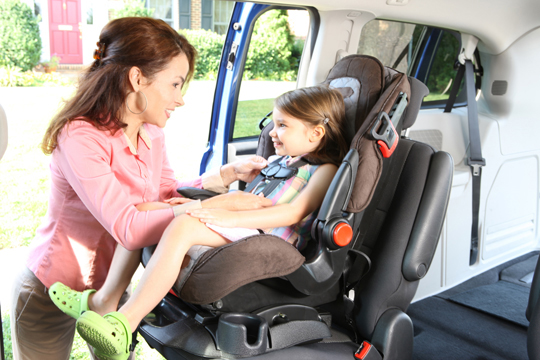 Original Article: Nearly half of the children in cars stopped at police checkpoints on Wednesday were in seats that had dangerous faults, officials said.

Plunket staff and Timaru police joined forces for the second time in as many months to conduct a child safety checkpoint on vehicles at three locations around Timaru from 8.30am to noon.

They checked 45 children in vehicles and identified 22 as having significant problems with their safety restraints, Plunket carseat services co-ordinator Debbie Kingan said.

Of those cases, 10 were in violation of the law and the drivers were issued an infringement notice and $150 fine.

Those drivers have 14 days to make the required changes to their vehicle to be in compliance, explained Simon Heeley, the sergeant in charge of traffic policing. They can then go to Plunket and have their vehicles inspected, and if the change is satisfactory, the fine will be waived.

“It’s intended to give the people incentive to make their vehicles safer,” Mr Heeley said.

“It gets the children’s car seats right, which is what we’re really after.”

Wednesday’s numbers were in line with those of the first checkpoint operation conducted last month, she said. In that exercise, officials checked 42 child restraints and found 24 faults, issuing six infringement notices.

She said it was “disappointing” to see so many adults failing to take proper child safety precautions.

“We pulled families up with babies in car seats facing the wrong way,” she said.

In another vehicle, a small child was sitting on its mother’s lap, Mr Heeley said.

A common problem, and one for which most of the tickets were issued, was drivers failing to install and use a tether bolt to secure carseats designed with a tether strap.

“That’s one that I thought would be sorted by now,” Ms Kingan said. “It’s such an easy one. But people still say they don’t know.”

Plunket and the police plan to hold monthly checkpoints throughout the summer and autumn, she said. If you have questions about the correct way to secure your child in a vehicle, contact Plunket carseat services in Timaru on (03) 684 4459.