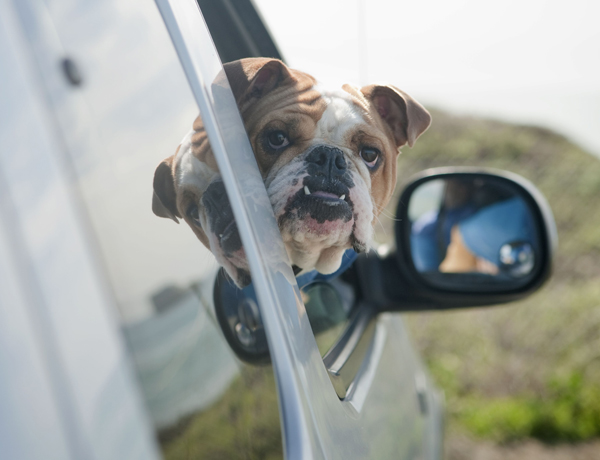 His solution is extremely simple. “The proximity sensors that currently exist in virtually all cars dating back to 10 years in age are of sufficient technology to roll all windows down 2 or so inches in a car that self-detects motion,” he says.

These personal infrared (PIR) sensors are designed to act as part of intruder detection systems, but are usually set to trigger only when large movements are detected. It would be trivial to have a second setting that is sensitive enough to detect the subtle movement of a baby sleeping or a snoozing dog when the cabin is sealed, and then trigger the lights to flash in order to alert someone, says Preston-Powers.

This would involve a simple reprogramming of a car’s electronic control unit: all the hardware already exists. This could be carried out as a software update during a routine service. For even greater protection, non-contact sensors now exist that can detect a heartbeat from a distance, such as the electric potential integrated circuit sensors made by Plessey, in Plymouth, UK. According to Plessey’s Derek Rye, these can cost as little as a dollar apiece.

“The internet is littered with horror stories of parents forgetting one of their children in the car and returning to find the child dead,” says Preston-Powers. This can happen when outdoor temperatures are as low as 21 °C. “If it saves just one child or dog from dying in a car per year, then it was worth it.”

Preston-Powers wants to put his solution out into the public domain rather than patenting it. “Doing so would commercialise the innovation and hinder rapid implementation,” he says.