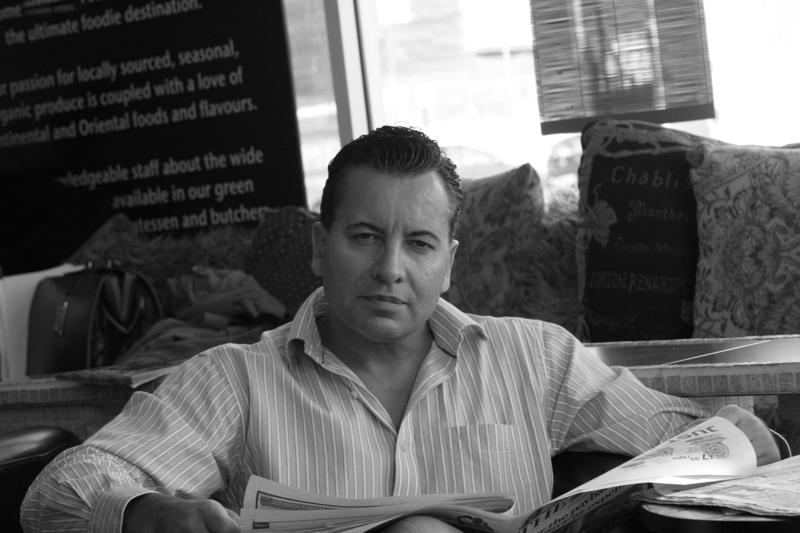 Brighton based inventor Jullian Preston represents a new breed of entrepreneurs, inventors, and investors. Diverting somewhat from purely profit-based ventures, Preston-Powers ideas stem from the desire to help communities flourish. Sitting at the forefront of the global conversation of automotive safety technologies, his compassion for human wellbeing and the safety of children is combined with an industrious attitude and creativity, which yields physical results. Jullian Preston-Powers is noted for his brand marketing expertise as well as his willingness to work with other companies as an advisor, due to his wide range of specialist knowledge. Graduating form the University of Sussex, he continues to be involved with the institution in varying capacities, working with them in automotive safety departments.

Jullian Preston Powers holds the position of CEO at Cool Technologies Limited, a multipurpose platform allowing investors to contribute to his various automotive safety ventures. The most prominent of which, is HALO technologies, which spearheads Preston-Power’s most prominent idea, the ThermaHelm. HALO technologies looks at the history and trajectory of motorcycle technological developments, and how the motorbike helmet can develop with, and head of them.  From this, the ThermaHelm was born.

Out of adversity, comes progress. After accidentally injuring a friend’s head during a basketball game, Preston-Powers put an ice pack in a motorbike helmet in order to keep his head steady and level.Preston-Powers used this experience and ideas that came from it to produce ThermaHelm technology. Representing experts in the field, University of Illinois researcher Dr. Henry Wang said in 2010 that he “lives in hope for a day when a pre-hospital cooling head cover will be available to those with head injury or stroke”. Jullian Preston Power’s answer to this call has left him respected and revered by the entrepreneurial, technological, and medical worlds, as well as perking the interest of various internet subcultures. Using brain-cooling technology, Preston-Power’s ThermaHelm is a variant of a standard motorcycle helmet that reduces brain swelling on impact. Head injuries and brain swelling cause 80% of motorcycle crash fatalities. Preston-Powers maintains that adoption of his ideas could lead to a mass reduction of these kinds of instances. Using water and ammonium nitrate, the compartments mix upon impact to create a cooling effect that has been proven to reduce swelling and the chance of serious, permanent injury.

ThermaHelm featured on BBC news in 2009, bringing Preston-Power’s invention to the attention of the public and experts alike. Since then, ThermaHelm has been paraded across the globe on other news channels, and motorcycle safety conventions, and has been praised by motorcycle action groups, and has even received calls to be

made a compulsory item when riding a motorbike. Chris Hinton of Wired.com says that you shouldn’t put a price on life saving technology, and in this regard, he thinks that the ThermaHelm is an incredibly valuable invention, as well as ticking his “geek boxes”, particularly with the inclusion of GPS technology, transmitting alerts to the emergency services on impact, a technology which is featured almost constantly throughout Preston-Powers impressive portfolio of inventions.

Preston-Powers has also been on the receiving end of praise from one Alan Sugar for the ThermaHelm. Sugar said of Preston-Power’s idea: “at last somebody who has a hard product – you actually have something”. As someone who is used to gimmicky premises and paper-thin action plans, Sugar was visibly impressed with the sophistication of the ThermaHelm, and its concrete basis in proven technology. As a noted motorcycle enthusiast, Jullian Preston-Powers knows how much this technology really means to others that share his passions. Before the ThermaHelm was even put intro physical production, it was included in the 2009 list for Best of British Innovation”. Prominent motorcycle bloggers have described the innovation of the ThermaHelm as “ground breaking, surpassing 50 years of dormant motorcycle helmet technology”, stating that, because of this discovery, riding a motorbike without one now is essentially riding without a helmet. With a longevity guarantee of at least 10 years, Preston-Powers is determined to give communities the absolute most for what they put into this idea, moving away from high cost “built-to-break” strategies deployed by the likes of Apple. Two different models of the ThermaHelm are available, the standard being £299, and the Bluetooth model costing £500.

Jullian Preston-Powers is a noteworthy advocate and high profile user of crowd funding, further illustrating his tendency to lean towards community based ideas as opposed to staunch individualism. This strategy has so far worked well for Preston-Powers, who received for £100,000 from a single investor within 4 days on BankToTheFuture.com, with the intention of helping nurture any one of Preston-Powers various business ventures.

Jullian Preston-Powers has a diverse range of experience in different areas in the business world, having held, and still holding, a number of high profile roles in several businesses. Although these businesses primarily sit within the bounds of automotive safety technologies, Preston Powers has also embarked on other, similarly humanitarian business endeavors. This includes developing the franchise Intenso Café in 2006, which has several successful chains in the East Sussex Area. As well as overseeing its financial wellbeing, Preston-Powers also has a ‘hands on’ role in determining the creative and cultural output of the franchise, taking responsibility for the franchise’s impact on its local community.

In 2014, Intenso Café launched a night called “Natural Selecta”, a self-described healthy alternative to clubbing. Preston-Powers himself said: “We are trying to create

something safe and different to what there is at the moment, which is people just getting drunk and throwing up on the pavement… some of my most incredible memories were with techno and house music… we want to take that back but without risking our bodies, here you can feel the euphoria of the music without drugs”. This night also includes tasting and barista workshops, educating the local community as well as providing an entertaining and healthy space in which to socialize.

Preston-Powers principled management style hit headlines after expressing concerns about a young waitress at one of his branches smoking. Conscious of promoting the right lifestyle for young people, he put his principles into practice in a way most employers wouldn’t. Brighton based Yasmin Tayob, who is a specialist in Employment law said of this incident: “A lot of companies are encouraging employees to give up smoking by allowing them time off to visit counseling services. There are also a lot prohibiting workers from smoking at the front of offices. I don’t think this is a black-and-white case because here we have an employer trying to promote healthy food and drink and a clean atmosphere, it would indeed create the wrong image if employees were seen smoking outside or served food smelling of smoke”. The employee was quoted as saying that Jullian had her best interests at heart.

Jullian Preston-Power’s further cemented himself as a specialist in automotive safety with another prevalent invention, the Carkoon. Continuing in the tradition of taking established safety technologies and increasing and extending their value and effectiveness, Preston-Powers said of airbags: “we realised that adults are protected by airbags but babies don’t have any protection from the same technology. What we’ve done is create a device that ensconces the child in a fireproof bubble on impact to protect the child from any flying objects, fire and debris”.

Jullian Preston-Powers has cemented his specialist expertise by not only addressing a much-needed gap in child safety with his own ideas, but also alerting consumers to the current pitfalls and dangers of what is already in place. He says that:

“Biologically speaking, when a child is forward facing and a frontal collision occurs the child is flung forward in the seat, being caught by the harness. This puts stress on the neck, the spine, and the internal organs, also entirely exposing the neck when the head is catapulted forward. Retailers, car seat manufacturers and the Government have a collective responsibility ensure that children are as safe as possible. The evidence is overwhelming to suggest that having your child in a rearward facing car seat until the age of four is the safest way to do this, and the current lack of availability and information on Group 1 rear facing car seats in the UK is appalling”.

It deploys in a tenth of a second upon impact, and utilizes GPS technology that alerts the authorities in the event of a crash. Passers by and parents were interviewed for

BBC news featuring the Carkoon, and it was praised almost universally, given the amount you get for the price. In the same way as the ThermaHelm the Carkoon also shot Jullian into global interest; he received interview requests from stations all around the world after his idea was announced.

Preston-Powers attributes the burgeoning of the Carkoon idea to a conversation he had with a local Sussex based firefighter about child safety, further indicating Jullian Preston Powers’ reliance and emphasis on nurturing communities, and turning small ideas from regular people, into global sensations. As well as dedicating his time and energy to life saving technologies, Preston-Powers runs a child safety tips blog, as well as a free child car safety checker service on the Carkoon website, as well as posting child safety based news updates, providing a free service to people that share his concerns.

Away from patented ideas, Jullian Preston-Powers has been furthering his automotive safety expertise by working on anti-theft systems which also work to save the lives of small children and dogs on hot days, a tragically common problem. To start off with, he says that “The proximity sensors that currently exist in virtually all cars dating back to 10 years in age are of sufficient technology to roll all windows down 2 or so inches in a car that self-detects motion”. Preston Powers is looking for subtle reprogramming of these sensors, to not only roll down the windows, but also alert passers by or authorities to a situation that can rapidly worsen. However, Preston Powers does not seek to patent this idea, but rather keep it public domain, so commercialization does not freeze progress and hinder innovation.

Jullian Preston-Powers continues to hold these positions today and has left a huge mark on automotive safety technologies. Turning local conversations into global issues, he has a clear willingness to implement ideas that will help home and global communities first and foremost, with profit margins merely a bonus.

In order to further understand Jullian Preston-Powers body of work, it is necessary to understand Preston-Power’s personal philosophies and ethos. Preston-Powers dedicates his high profile social media activity to raising awareness of various issues, including anti-pollution, anti-war, and social justice.

Furthermore, he says on the subject of racial profiling by police in America: “The right to stop cars by Police should be halted – it’s just ignorant. In Europe we stop cars 800 times less than they do in the US. We use cameras to catch cars running stoplights and for virtually all other forms of infraction. If we arrest someone, we do not slam them to the ground and push whole body weights on top of them or shoot them. We don’t even routinely put handcuffs on suspects. We simply put them in the back of the car, unhandcuffed and with no cage (and we have no guns) and when they get to the station they are given a cup of tea and something to eat immediately (real food not the poised baloney given them hours later in US custody). We then release 99% them without having to pay ANY money for bail. The closer you treat people to the way you would like to be treated if you were arrested is our philosophy – and it works. Obviously is works…just look at the statistics”.

A promoter (in no commercial capacity) of Amnesty international, Preston-Powers often endorses various petitions to call global attention to human-rights abuses, in particular atrocities committed in the Israeli-Palestine conflict. Clearly, Preston-Powers holds strong links to where he comes from in every sense, from his ancestry, to his Brightonian roots, and the University that educated him.